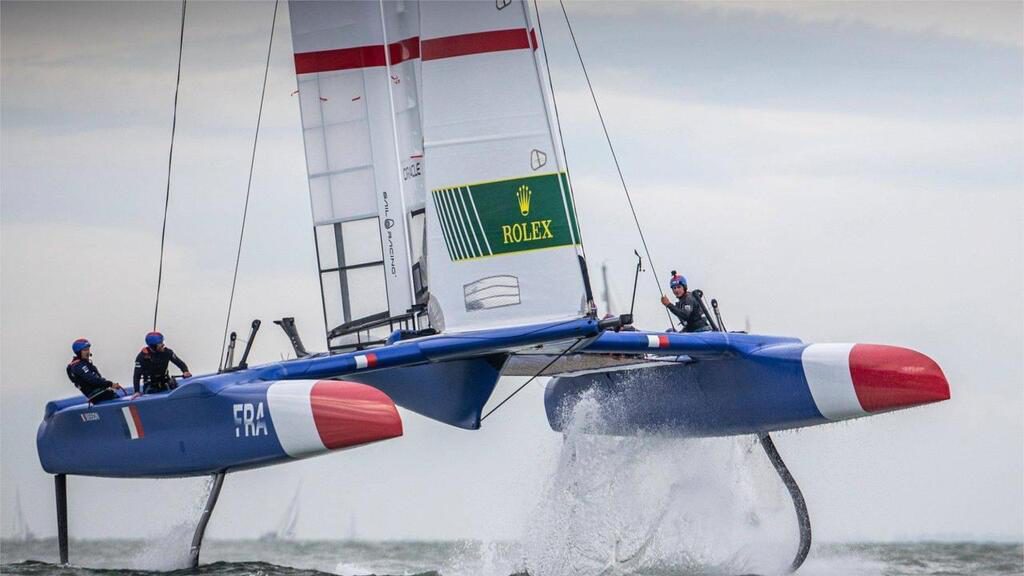 Here is the first of a long series of interviews “Meeting on the deck” with Bruno Dubois!

In this web-serie, we are going to ask  several persons and actors of the maritime world.

The goal : have life experiencies and discuss all means of facilitating access to and understanding of the professional yachting industry.

For this first episode, Bruno did us the honour of meeting with us. He tells us about:

Table of content
3 min to meet Bruno Dubois and ask about professional yatching
Who is Bruno Dubois?
Script of the interview with Bruno Dubois
1. Can you introduce yourself in a few words?
2. What do you think about the regulation of professional sailing?
3. During the Volvo Ocean Race, you encountered some regulatory problems, what were they?
4. How can this type of problem be solved?
5. What do you expect from the Capt’n Boat solution?
6. Who would you recommend our solution to globally?

3 min to meet Bruno Dubois and ask about professional yatching

The different regulations applied by each country create a lack of homogeneity of the professional yatching professions. This raises problems and can have important consequences on the nautical professions.

Bruno Dubois shares his experience, including the Volvo Ocean Race where he came across problems relating to the regulations.

Who is Bruno Dubois?

After having balacing his career between being a sailing crew member and the CEO of North Sail sailmaker, Bruno has now been training raicing teams for 6 years.

He started with the Groupama France Team and Franck Cammas, then as the team leader of Dong Feng with which he won the last Volvo Ocean Race.

He continues as Team Manager of the chinese Sail GP Team, and since January 2020 he took back the running of the France Sail GP Team.

Script of the interview with Bruno Dubois

1. Can you introduce yourself in a few words?

My name is Bruno Dubois, I’m a company director, I’ve spent a whole part of my career swinging between sailing races as a crew member and the owner of a sailmaker called North Sails for many years. Then, for the last 6 years now, I have been managing racing teams. It’s a dream I’ve had for a long time, I told myself as I got older that it would be interesting to do this, so I’ve done the last two editions of the Volvo Ocean Race, as boss of the Dong Feng team, with which we won the last Volvo.

Before that it was Groupama Team France with Franck Cammas as team manager. Now I work for Sail GP, we do flying boats. The Chinese team last year and since January, I have taken over the management of the French team.

2. What do you think about the regulation of professional sailing?

The regulations for professional yachting are very, very complicated because what applies in one country is not valid in another, so there is no uniformity. In Europe alone, it is not very homogeneous. There are places where you don’t even need a licence to sail, other places where you need a lot of licences, and then when it becomes professional, it’s a bit complicated.

I understand the regulations in each country and why they do it. The problem is that they don’t talk to each other, it’s not uniform. So it’s a bit complicated and we’ve had experiences that show that it’s really a waste of time.

3. During the Volvo Ocean Race, you encountered some regulatory problems, what were they?

But because the French survival course was not internationally recognised and the other way round, someone would have a Yachtmaster, he couldn’t work in France, here he would be a Captain 200 and then that’s it.

4. How can this type of problem be solved?

At least in Europe, we should try to have something more homogeneous, more consultative between the different organisations. And it’s not very complicated, we have the FIN, we have the sailing federation… It’s not very complicated, the boats are the same, the boat producers sell throughout Europe and the regulations are different! At least at the European level we should get along.

5. What do you expect from the Capt’n Boat solution?

First of all, I think that there is a lot of internal work you can do in France. You can make it easier for people who want to go boating to meet professionals and individuals, and then manage to make all these regulations available to them.

But I think that it is also a question of persuading the more governmental French institutions. If you could represent French yachting at this level, that would be very good.

6. Who would you recommend our solution to globally?

I would recommend your company, Capt’n Boat, to boaters in general, but I think that the power of persuasion will come from the professionals because they will use it a lot.

Be the first to know about our news and novelties, subscribe to our Newsletter!